Show jackets are indispensable for all riders who want to show their horse at shows. In this category, women, men and children will find the right jacket. Whether in the color blue or black, with glitter or in a very special look - at lepona.de you will find the right tournament jacket in a large selection.

The ladies' show jackets differ significantly from the men, they are deliberately tailored and figure-hugging and decorated with special accents. In general, it is important that the jackets offer enough freedom of movement, have a high level of functionality, are breathable and fit perfectly. The softshell jackets, which are very comfortable to wear thanks to their light stretch function and are also wind- and water-repellent, are particularly comfortable.

Lepona.de offers you a large selection of trendy but also very classic competition jackets for men. If you want to represent the classic look, we also have many black or dark blue jackets in our range. Are you just not sure yet which one should be YOUR tournament jacket? No problem - we will be happy to advise you competently, professionally and professionally.

Even the youngest riders attend tournaments. So that your child is dressed appropriately, you will find tournament jackets for children here. This makes the first tournament a complete success.

A stylish appearance with a competition jacket in black, blue or gray

Of course, there are also tournament jackets in more daring colors today. But the most popular colors are still black, blue and gray. 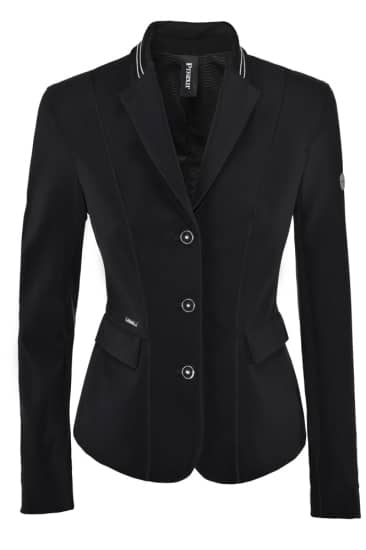 Classic and noble - the competition jacket in black can be found on the dressage as well as on the jumping arena. Because you can't go wrong with a black tournament jacket. For women there are black tournament jackets with rhinestone appliqués, men are more subdued with heels on the collar and pockets in velvet or a lighter piping. 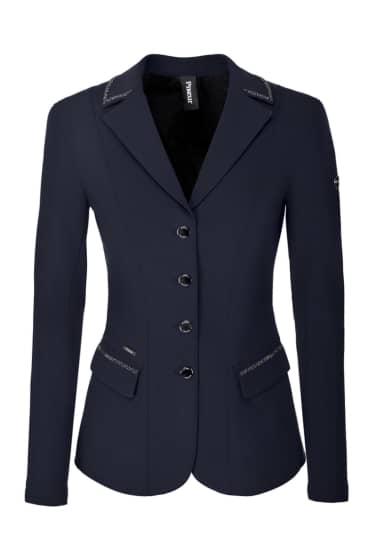 Blue tournament jackets are also quite common at tournaments. The classic color is usually a very dark one Navy, every now and then the female show jumpers dare to try a fresh sky blue. Competition jackets in blue can be worn by women, men and children alike. 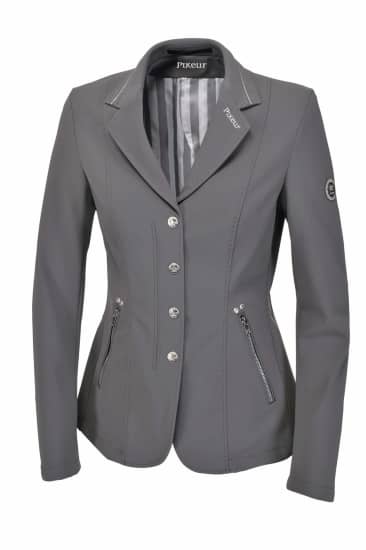 Another popular color is gray or anthracite. Tournament jackets in gray are becoming more and more common on the tournament grounds. Both women and men can wear gray very well.

When putting together your tournament outfit, pay attention to the guidelines of the FN. In the LPO z. B. stipulated that bright breeches, a jacket in muted colors z. B. in black, gray or blue etc. and a competition blouse or shirt with tie and dark riding boots and light-colored gloves should be worn. The horse should be equipped with a white saddle pad in dressage, but you can "almost" let your wishes run wild in jumping or in versatility. There you can also use a colorful saddle pad with matching trendy gaiters.

Advertising on the tournament jacket

Is it allowed to have advertising on the tournament jacket? Clearly: YES! However, the advertising space on the jacket must not exceed 80 cm² at the level of the breast pocket.